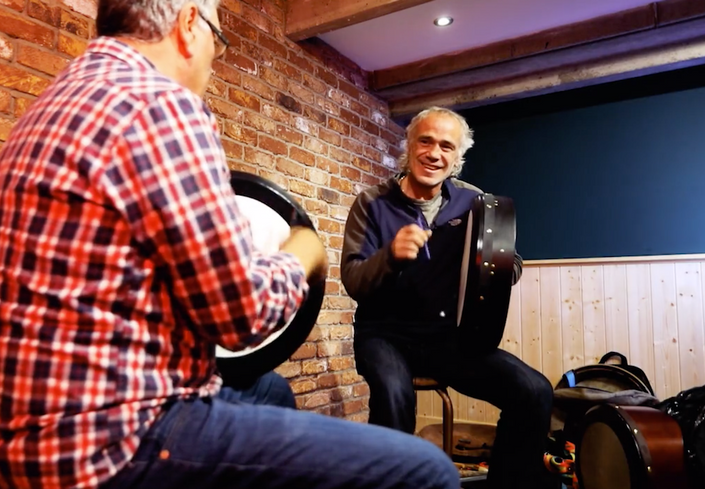 Everything you need to know about playing the bodhrán from complete beginner level to advanced performance level!

The coupon code you entered is expired or invalid, but the course is still available! 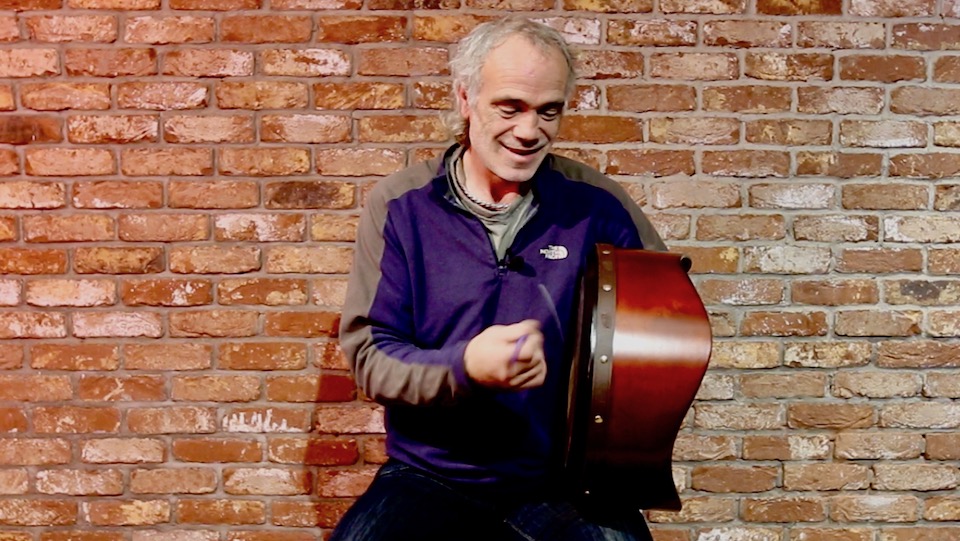 "Rónán Ó Snodaigh has been recording and playing the bodhrán since the age of 12, with 26 albums under his belt, between solo albums, collaborative albums and platinum albums with his band the music sensation that is Kíla. It is safe to say that Rónán Ó Snodaigh is one of the world’s greatest ever bodhrán players" - Paraic McNeela

Born in Dublin 1970 Rónán Ó Snodaigh, one of six brothers, was brought up in an Irish speaking home. His mother is an artist and writer and his father a writer and publisher in the Irish language, Rónán was immersed in an atmosphere of culture and creativity from early days. He started writing poetry in his teens, selling his work on the streets of Dublin’s city centre where he also started his musical career, busking with a collective of young musicians including Glen Hansard, Mic Christopher and Paddy Casey. Kíla started to take form from this busking fraternity with Rónán on bodhrán and vocals. They quickly earned wider recognition for their unique blend of traditional Irish, rock and an ability to absorb just about any other musical culture into their writing pot.

In the 80’s Rónán performed and toured with renowned band Dead Can Dance, as percussionist. Returning from these world, stadium tours to write and record, he was soon on the road touring the world with Kíla too.

Kíla have played in over 40 countries and worked in every continent to date. They have released many critically acclaimed and award winning albums since the early 1990’s including sound track to the Oscar nominated film The Secret of Kells which they composed and recorded with world renowned film composer, Bruno Coulais. They have long been regarded as one of Ireland's best world music bands and Rónán one of the most innovative and creative bodhrán players.

Throughout these years Rónán also found time to build his own solo catalogue. Swapping hat as bodhrán player and lead singer to singer songwriter and composer on multiple instruments, Rónán has produced several solo albums and one soundtrack album to date.

Rónán has composed for a number of TV and film projects over the years, and his instrumental album Wild Journeys is the soundtrack accompanying RTÉ Crossing The Line Nature Series of the same name.

Always keen to share his experience and knowledge, Rónán has produced a series of bodhrán lessons and master classes for McNeela Instruments specialists in traditional Irish musical instruments and his good friend, the bodhrán maker, Paraic McNeela.

Rónán’s contribution to the Irish language, bodhrán playing and Dublin’s music scene is hard to quantify and he will go down in history for his boundless energy on and off stage. In his own words he has loved every minute and his main ambition in music continues to be to enjoy and have fun with it at every opportunity.

When does the course start and finish?
The course starts now and never ends! It is a completely self-paced online course - you decide when you start and when you finish.
How long do I have access to the course?
How does lifetime access sound? After enrolling, you have unlimited access to this course for as long as you like - across any and all devices you own.
What if I am unhappy with the course?
We would never want you to be unhappy! If you are unsatisfied with your purchase, contact us in the first 30 days and we will give you a full refund.
off original price!

The coupon code you entered is expired or invalid, but the course is still available!